What is Charge Capture’s Role in Healthcare? 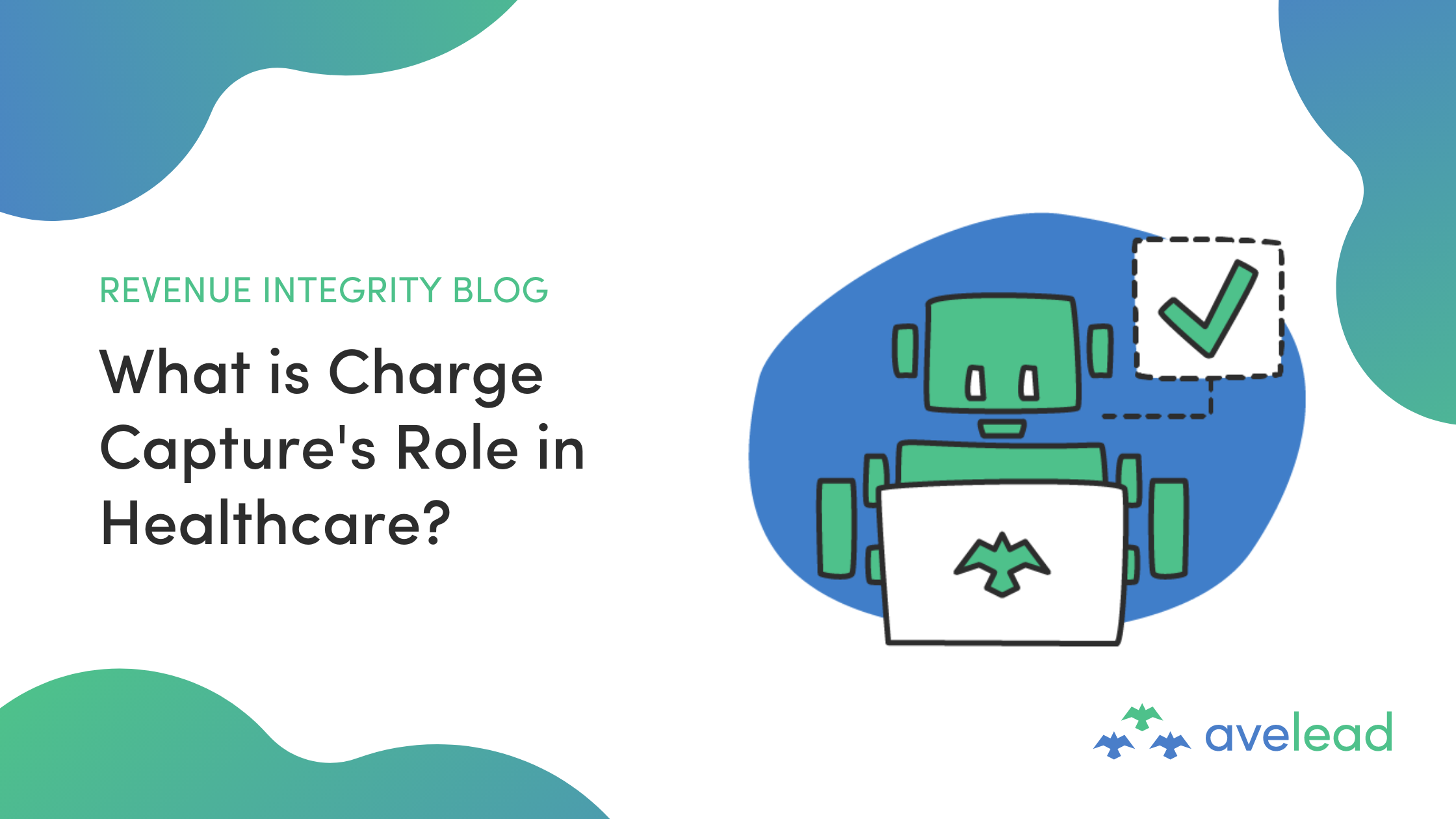 What is Charge Capture?

Charge capture is the practice of health care providers documenting and recording their performed services and then submitting those charges for payment from a patient or insurance provider.

After a patient has completed their visit, the hospital moves on to the charge capture process. Charge capture is a major opportunity for a healthcare organization to locate leaking revenue. Did you know that a hospital with 189,000 missed charges in a single month can lose $36 million in missing revenue? Accurately documenting medical services and communicating them to the billing office will increase your recovered revenue, secure revenue integrity, and compliment the revenue cycle. 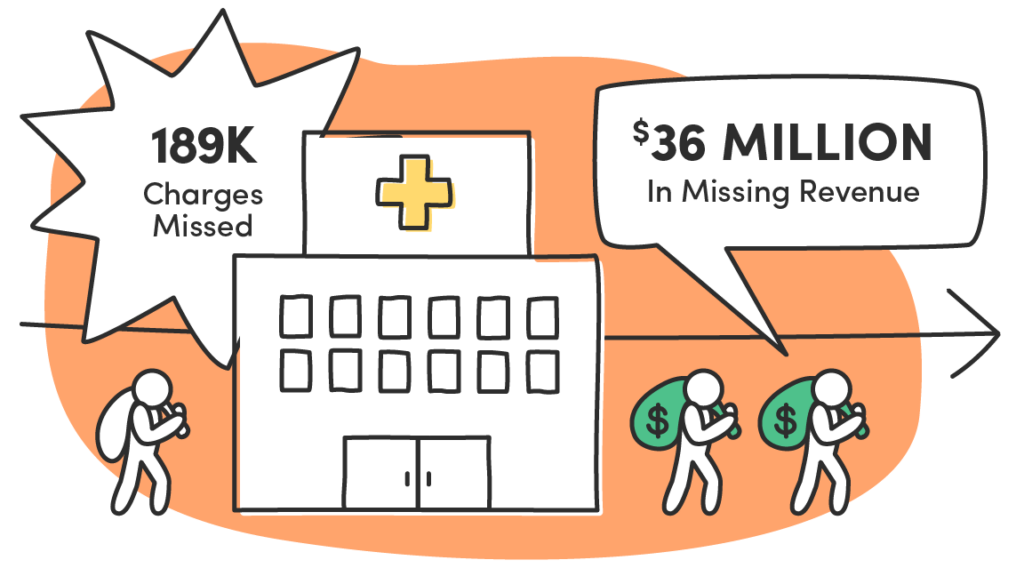 Charge capture is a way for healthcare providers to record the services performed on patients. One of the most common sources of revenue leakage is improperly captured or incorrectly billed charges for procedures and supplies. Hospitals may know they’re losing revenue but fail to realize the extent to which incorrect charging and coding contribute to the problem.

Most hospitals can’t see into their charge capture process in a way that empowers them to identify the specific sources of revenue leakage and where their actions are out of alignment with industry best practices.

The greatest charge capture risks exist in high-volume, large revenue-producing departments, and in areas with complex coding requirements such as pharmacies.

Pharmacies can be a great example, where the problem begins in the gap between the pharmacy spend data and the chargemaster data. One of the greatest areas of leakage occurs when reimbursable medications are missing or miscoded in the chargemaster. A single incorrect code can cause every transaction entered against that code to be wrong, which creates a domino effect in the billing process.

A coding error can be caused by something as ordinary as a typo in a patient’s medication log. There is no way to detect such a typo without comparing the pharmacy spend data to the chargemaster data and looking for specific products being purchased but not billed correctly.

With up to 40,000 or more line items in a hospital’s chargemaster, the potential for costly errors is high, and likely to result in lost revenue, rework, fines, and penalties. Add all that up, and you’re looking at some hefty losses that could have been avoided. Identifying the source and extent of leakage is essential to achieving revenue integrity.

To expedite your charge capture process, one of the first things you can do is establish departmental relationships and communications between doctors and your revenue integrity team. While it’s essential to problem solve documentation issues, the revenue integrity team shouldn’t be ordering doctors around. Instead, the relationship should be a bipartisan agreement that both parties will work to fix the system’s revenue cycle. 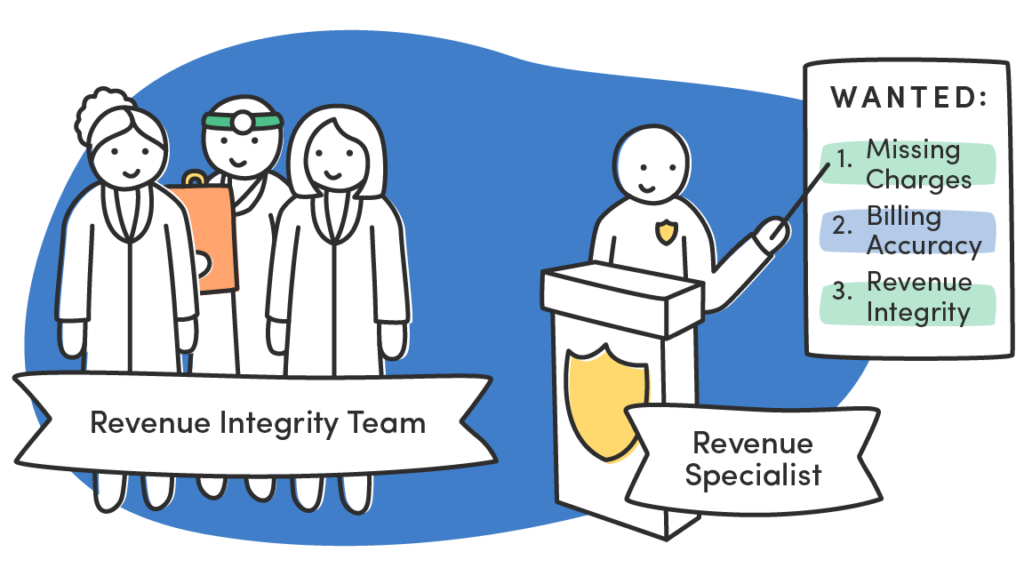 2. Identify Gaps Through an Audit

It can be difficult to pinpoint the exact root causes that are causing issues in your charge capture process. A system audit can be helpful in that it allows a dedicated team to directly focus on locating the origin of discrepancies.

Some of the benefits of a healthcare audit can include identifying improper billing practices and locating coding errors, which translates to accurate patient billing. This ends up improving patient satisfaction in the long run! Investing in an audit means you’re protecting your hospital system from unnecessary charges, unbilled encounters, or missed charges. 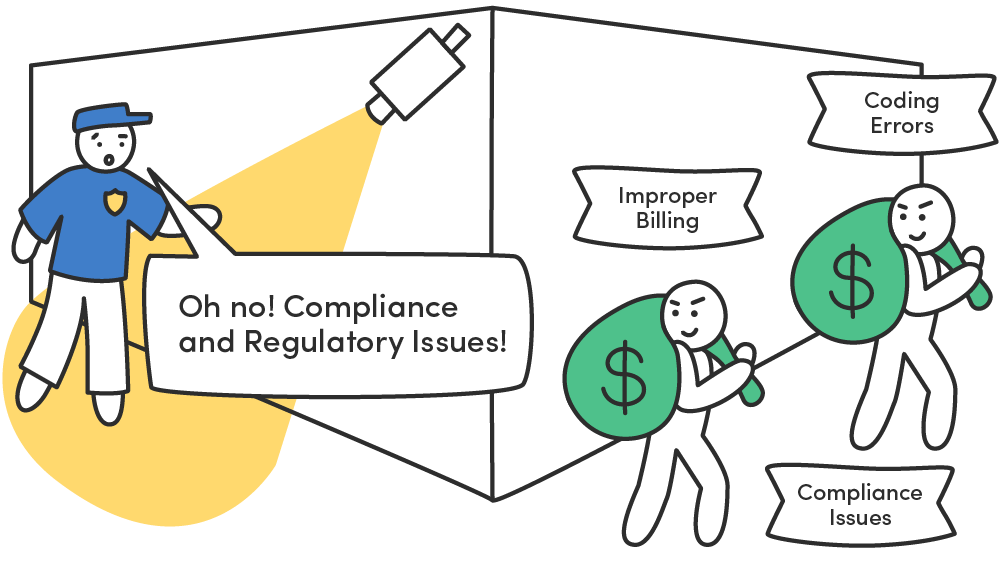 Using charge capture software gives you easier access to your CPT codes, which in turn allows the coding to be more accurate. It can also alert your team of missing charges and set up work queues to flag patterns in your system where there are codes linked to multiple missing charges.

The most efficient form of charge capture uses mobile devices such as smartphones and tablets. Mobile charge capture assures enhanced billing accuracy, lower charge lag, and integration within the EHR/PMS system of the hospital. Your physicians can easily scan between ICD-10 codes and keep everything in one accurate place.

According to a 2018 market study by Ingenious Med, nearly 60% of healthcare leaders polled were unaware of potential standalone charge capture solutions.

Third-party partners have spent years working in effective revenue cycle management and charge capture. With first-hand knowledge of the healthcare ecosystem, they’ve developed charge capture tools that not only seamlessly integrate within your hospitals, but also will help increase patient satisfaction. Besides their software, third-party partners can also assist in manual solutions like process mapping, staff education, or even system audits. From billing experts to EHR implementation specialists, third-party developers understand how a hospital thinks and operates and can help you revolutionize the way your hospital operates.